Versailles, January 22th 2018 : During the French International Business Summit 2018 Mr. Vito Pertosa met the President of France Emmanuel Macron. The focus of the meeting was on Angel Group investments in France and the Hyperloop project.

Pertosa was one of the best 150 entrepreneurs (only eight from Italy) who attended the French international business summit , inside the Palace of Versailles a few kilometers from Paris; an initiative promoted by Macron to “welcome” investors and entrepreneurs interested in bringing development to France.

Mr. Vito Pertosa was impressed by the strong impulse that France and its President are giving to promote the attraction of investments in the country. 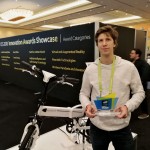 SITAEL is the only Italian Company awarded at CES 2018Events, News, Press 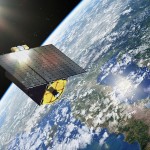