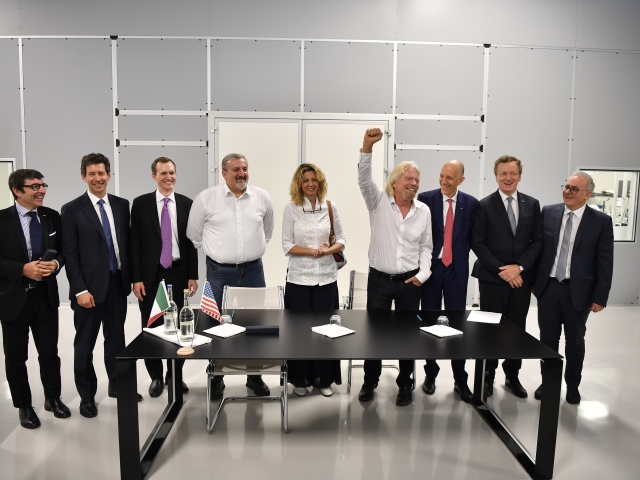 SITAEL previously selected Virgin Orbit’s LauncherOne rocket to launch μHETsat – the first full electric small satellite in the world-, in partnership with the European Space Agency (ESA) and the Italian Space Agency (ASI). The agreement signed today opens new important possibilities for avio-launches, in fact, in the coming months SITAEL and Virgin Orbit will complete the study of the technical and regulatory feasibility of such missions, which would be the first ever flights to space from Italy and will include significant technological and industrial contributions from SITAEL.

The other agreement signed with Altec and Virgin Galactic comes after two years of business discussions, government regulatory analysis and feasibility studies. In September 2016 Altec – a public-private company owned by the Italian Space Agency and Thales Alenia Space – signed a Memorandum of Understanding with Virgin Galactic. In August 2017 the U.S. Department of State approved a Technical Assistance Agreement for the development of a plan for ultimate construction of an Italian spaceport, that will provide the infrastructure for future Virgin Galactic suborbital flights.

In May 2018, following in-depth analysis of potential locations, the Italian Ministry of Infrastructures, Transportations and Space Programs together with the Italian Civil Aviation Authority (ENAC) designated the Taranto-Grottaglie Airport as the national spaceport for the Virgin Galactic activities.

The agreement signed today envisions a dedicated space vehicle system, built by Virgin Galactic’s sister enterprise The Spaceship Company, being positioned at the future Grottaglie Spaceport, which will integrate significant technological and industrial contribution from Sitael, Altec and the rest of Italian Aerospace industry.

The two agreements are the first step of a collaboration on different industrial areas between the Angel Group and the Virgin Group, the presence of representatives of the Italian Government, the Puglia Region and the American Embassy in Rome confirms the strategic relevance of this project both for Italy and the United States of America.

Mr. Vito Pertosa, founder of Angel Group, said, “These agreements are an additional incentive for the growth of the already solid aerospace industry in Puglia, thanks also to the excellence of the District and the Polytechnic. The possibility to launch satellites and sub-orbital flights is a strategic business. The Italian Government and the Puglia Region play a central role in this opportunity that we are trying to bring to life, and It can bring advantages for the whole country.”

Sir Richard Branson, Virgin Group founder, said, “From the Renaissance to modern space science, Italy has always been a natural home to great innovators and breakthrough ideas which have shaped the human experience. I believe Italy’s vision, which has led to this collaboration with our Virgin space companies, will provide a real impetus as we strive to open space for the benefit of life on Earth.”

SITAEL CEO Nicola Zaccheo said: “With this agreement Sitael reiforces its position as one of the main players of the New Space Economy. The demand for small satellites grows higher every day and the ability to launch on flexible terms and schedule is vital. Moreover the possibility to invest in launch activities and our ongoing work with Virgin Orbit is an incredibly promising way to secure exactly the type of launch solution we and our customers need.”

SITAEL Awarded in Germany with the prestigious 2b AHEAD Innovation Award 2018Events, News, Press 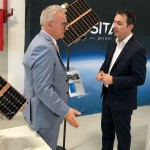