SITAEL has provided its key technology for the SRAL (Synthetic aperture Radar and ALtimeter) instrument embarked on the Sentinel-3 satellites to measure sea and land surface topography and temperature.

Under the Copernicus Programme, an initiative headed by the European Commission (EC) in partnership with the European Space Agency (ESA), the Sentinel-3 mission includes the production of a series of satellites (called Sentinel), developed to provide a specific contribution in the field of the Earth Observations.

Started in 2016, with the successful launch of the first satellite, Sentinel 3A, the Sentinel-3 programme is dedicated to operational oceanography and global land application, thanks to several instruments operating in a wide spectral window, from optical to microwaves.

SITAEL, in collaboration with Thales Alenia Space France, developed for the four Sentinel 3 satellites (A,B,C & D) a complex device being the core of the SRAL instrument. The next two satellites (Sentinel 3C&D) are expected to be launched from 2021 onwards. 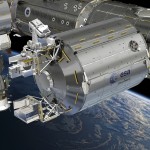 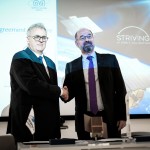