The seasons of Curiosity through two Martian years

On May 11, 2016 NASA’s Curiosity began its third Martian year, during the mission’s 1,337th Martian day, or “sol,” since landing. Each Martian year lasts nearly two Earth years because a planet farther from the sun takes longer to complete each orbit around the sun. In particular, each Martian sol lasts about 39.6 minutes longer than an Earth day, and a Martian year lasts 668.6 sols.

By monitoring weather throughout two Martian years since landing in Gale Crater in 2012, Curiosity Mars rover has documented seasonal patterns like Earth, because of its tilt similar to Earth’s, which contributes to having summer, fall, winter and spring.
But Mars has the additional factor of a more elliptical orbit than Earth, putting Mars farther from the sun during southern-hemisphere winter than it is during southern-hemisphere summer. This results in a longer and colder southern fall and winter than if the orbit were circular.

With measurements nearly every hour of every day, Curiosity Rover Environmental Monitoring Station (REMS) made more than 34 million weather measurements during the rover’s first two Martian years, and all these discoveries wouldn’t be possible without the precious contribution by SITAEL Microelectronics Team, who developed the REMS miniaturized electronics for the acquisition and conditioning of all these data from the REMS sensors and that is continuing, after four years, to be fully operating in the harsh environment of Mars. 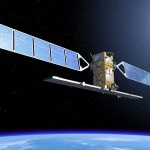 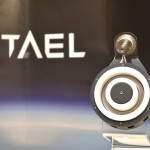